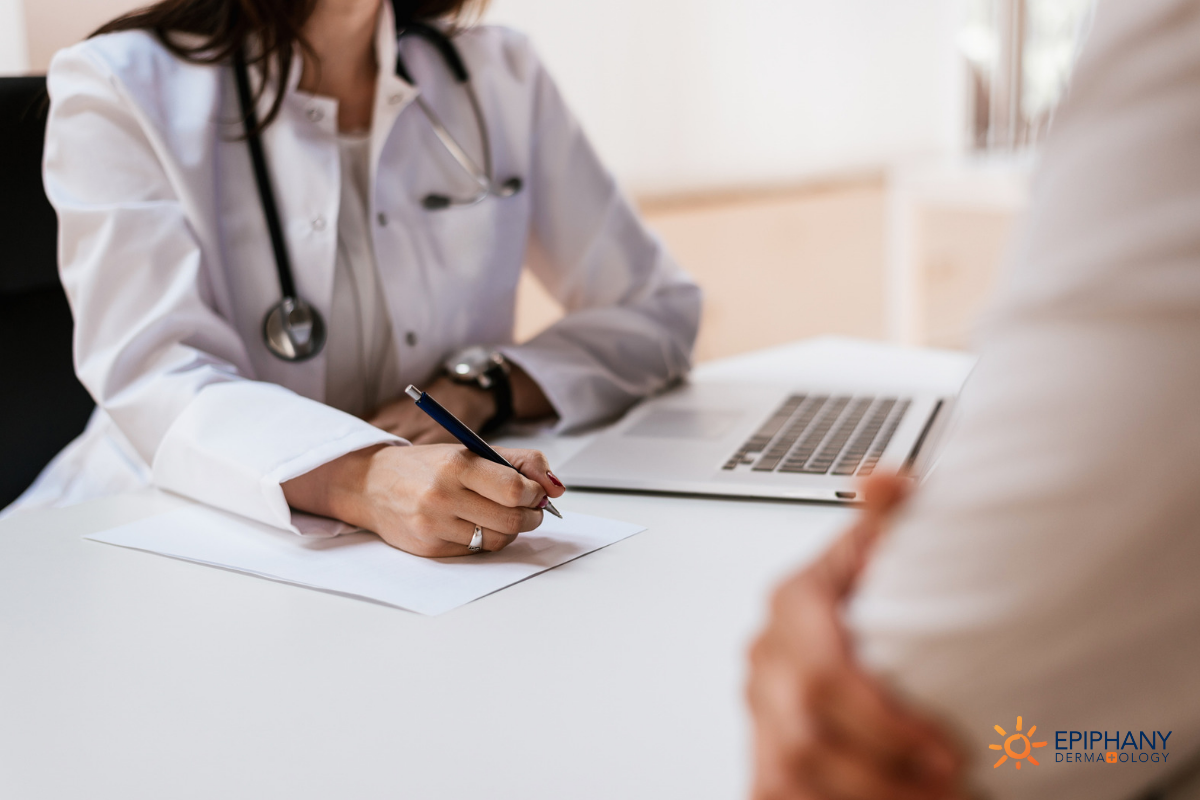 A non-healing wound can be devastating.

The pain is intense, and the wound is gaping, not to mention, it’s interfering with your life. You can’t work and interact like normal. The pain, appearance, and care of the ulcer is just too much.

And when an ulcer isn’t responding to therapy, it may be time to explore the possibility of a less common cause of your non-healing ulceration — pyoderma gangrenosum.

What Is Pyoderma Gangrenosum?

Pyoderma gangrenosum (PG) is a rare ulcerating skin disease, difficult to recognize for both patients and doctors. When it’s misdiagnosed and mistreated, it can be even more mentally and physically devastating.

Ulcers form for a variety of reasons. They come from infections, diabetes, vasculitis, and many other triggers. But when they don’t respond and perhaps worsen with therapy, patients and doctors often explore other potential causes — such as pyoderma gangrenosum.

The most common type of PG is Ulcerated PG. In these cases, a small pustule (or pus bump) appears on the lower leg (and can be on other sites). Within a few days, this puss bump becomes very painful and begins to rapidly ulcerate. It will appear to have a purple border that overhangs the ulceration. We call this the “violatious undermined border” or “overhanging border.”

There are other cases of PG that appear around surgical sites — postoperative pyoderma gangrenosum. This specifically commonly happens after breast surgery, stoma surgeries, and types of incisional surgeries or trauma..

Because the disorder is so rare, many doctors have never encountered it in their practice. Consequently, many cases are misdiagnosed. And, if you are diagnosed, there is a high chance you’ll be referred to a dermatologist who’s had experience treating this disorder.

Most cases of pyoderma gangrenosum tend to look like other causes of ulceration, which makes it easy to misdiagnose. Pyoderma gangrenosum is rare — which means that if it looks like another problem, it likely is. When a patient’s symptoms escalate quickly, doctors treat it as the more common disease, which may make the problem worse.

Ulcerative pyoderma gangrenosum causes extremely painful ulcerations. Most patients go straight to the emergency room or to a surgeon, where it’s often misdiagnosed as an infection or another medical emergency. It looks weepy, gross, and has a rapid ulcerative appearance that mimics surgical emergencies such as necrotizing fasciitis, an infection of the deep subcutaneous tissue.

Debridement of the ulcer may be done looking to clear an infection. Unfortunately, trauma to the area only makes the disorder worse due to a phenomenon called pathergy, or the exacerbation of a skin injury after trauma. As a result, the surgeon and patient are working in circles because the disorder is not being properly treated. The more it’s mistreated, the worse it gets.

In postoperative pyoderma gangrenosum, the PG ulcerations are often mistaken for an infection at the surgery site. This commonly happens after breast surgeries, and the result may be devastating. A unique characteristic of PG in the breast is that it often spares the nipple/areolar complex and ulcerates around the incisions and spreads outwards. A similar presentation happens after other types of surgeries, such as splenectomy for myelodysplastic syndrome and stoma placement with ulcerative colitis or Crohn disease. The surgeon usually reacts by debriding the tissue and administering antibiotics to prevent more ulceration. While antibiotics may help PG as an adjunctive medication, the debridement irritates the ulcer and exacerbates its progression.

Most patients may see several physicians until the disorder is correctly diagnosed.

We are still learning much about the causes of pyoderma gangrenosum and its systemic associations. About 50% of ulcerated PG cases are associated with systemic disorders, such as:

The remaining 50% are either idiopathic (no associated systemic disease) or we just haven’t found the association.

Postoperative PG seems to occur most often in breast tissue after tumor removal but also after augmentations. Orthopedic, cardiothoracic, abdominal, and other surgeries may also initiate PG at the sites of incision.

Patients with postoperative PG, except in stoma surgery for inflammatory bowel disorders, have a lower association with systemic disorders (around 22-30%). In the case of breast postoperative PG, we’re working on research with other specialties such as plastic surgeons to learn what makes this area more susceptible to PG than other areas of the body.

Pyoderma gangrenosum treatment is extremely different from treating the illnesses it mimics. Typically, treating PG requires a high-dose systemic corticosteroid or immunomodulating medications such as cyclosporine or the biologics instead of debridement, which makes the issue worse.

Once a PG diagnosis is confirmed, with a combination of histopathology from a biopsy and the clinical signs recognized by the clinician, patients often begin a combination of topical and systemic therapies. Most patients need systemic immunosuppressant therapy (such as prednisone) to induce remission. Antibiotics such as tetracyclines may also be used in conjunction for their anti-inflammatory effects.

Undiagnosed cases of pyoderma gangrenosum can be life-altering for the patient. These chronic wounds produce intense pain, odor, and discomfort. Plus, they often affect a patient’s emotional well-being, as wound care can be both depressing and isolating.

However, a correct diagnosis can drastically reduce the physical, psychological, and social effects of PG. Once treatment is initiated, PG ulcers can begin to heal in days, especially decreasing the pain, and the lesions may shrink over weeks to months, leaving a “star-like” scar.

It may, unfortunately, return in the same and other sites with the flare of a systemic disorder or trauma. While misdiagnosis can be devastating, an accurate diagnosis and treatment of pyoderma gangrenosum plan can help patients resume a normal life.

If you or someone you care about has a non-healing wound, talk to a dermatologist about the options and the possibility of pyoderma gangrenosum. The sooner a proper diagnosis is reached, the better and more quickly healing can occur.