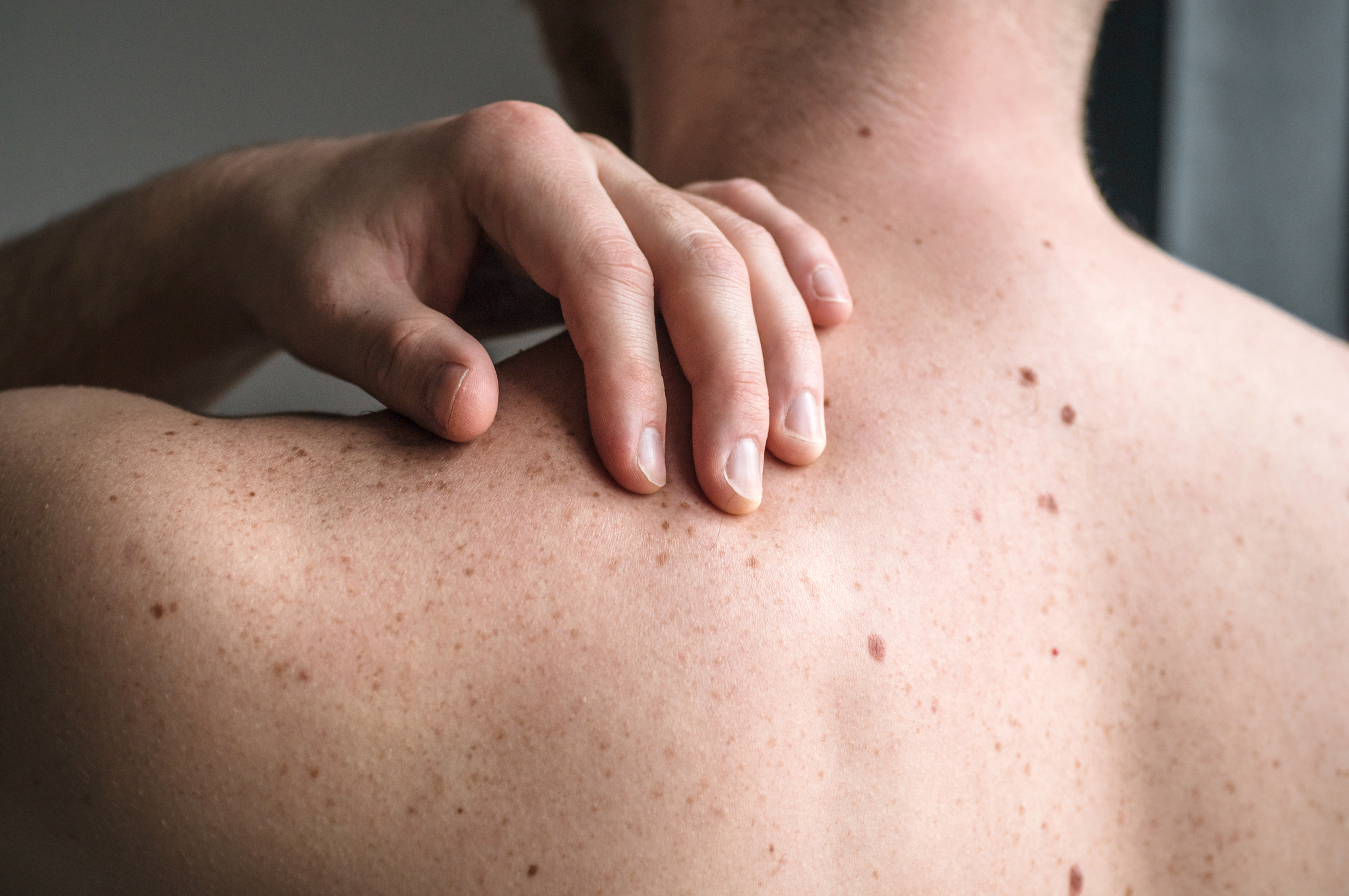 What Are Suspicious Moles?

If you’re like most people, you either have freckles, moles, birthmarks, or a combination of all three. We don’t think much about them and assume if it was something serious, it would look like it.

But with so many marks on your body, could you tell the difference between a freckle or a suspicious mole?

Normal moles are either brown or tan, generally round in shape, and either flat or raised.

Suspicious moles, on the other hand, are asymmetrical, increasing in size or changing from flat to raised and tend to be various colors — brown, tan, black, and even red.

What Are the Symptoms of Suspicious Moles?

Moles can turn suspicious for a variety of reasons like genetics, previous skin cancer or sun exposure.

While the exact reasons can be hard to determine and some moles won’t show drastic signs of change, it’s important to do monthly self skin exams to establish a baseline of your current moles.

If you have an atypical mole or another spot that looks suspicious, you can use the “ABCDE” checklist to look for early indications of something potentially dangerous.

If you were to draw a line in the middle of a mole and the two halves don’t appear the same, there is asymmetry and you should see a dermatologist.

The border of a harmless mole is relatively even. Look for borders that are uneven, notched or scalloped.

Look for color inconsistency in a mole. If you notice various shades of brown or black, or dashes of red, blue or white, you should see a dermatologist.

Melanoma is usually larger than one-quarter inch, or the size of a pencil eraser, when diagnosed, although they can be smaller when first detected.

Look for moles that look different from the rest. If they are changing in size, shape or color, or you experience itching, tenderness or bleeding, you should see a dermatologist.

What Are the Treatment Options for Suspicious Moles?

Any time a mole seems to change or become irregularly colored, visit your dermatologist. Sometimes it’s hard to tell whether or not a spot is dangerous.

While early detection is the best treatment for suspicious moles, it’s best to consult a professional as soon as you detect an abnormality. Some moles can be left alone and others should be removed, either for medical or cosmetic reasons.

If a mole needs to be removed, there are several options for getting rid of a mole, ranging from laser mole removal to shaving it down.

Perhaps you have no medical concerns, but you don’t like the look of your mole. We can shave superficial moles flat so they don’t stick up. Although some pigment may still remain, many moles will disappear completely once shaven.

Deeper moles may require a different approach. The best treatment for you depends on the type and placement of your mole. Have a conversation with your dermatologist about the best approach for the moles that have a bothersome appearance.

Patients may have moles removed for a variety of medical reasons. Some moles will turn into cancer if left untreated. Other moles are less dangerous but uncomfortable. They bleed, become inflamed, or rub against clothing. In any of these situations, the moles also need to be treated.

The way your doctor will remove it depends on a mole’s location and size. If the mole is on the body, dermatologists surgically cut the mole off and sew the skin back together. If it’s on the face, your doctor will probably choose a less invasive option.

If you’re dealing with an atypical mole, your doctor will likely remove it and send it off for testing to determine the next steps.

It can be tempting to try to remove suspicious moles yourself, especially if they’re bothering you. Even if your mole isn’t dangerous, you can cause an infection if you try to remove it on your own. Making an appointment with a dermatologist — even for a benign mole — is your best course of action for mole removal.

How can I tell if a suspicious mole is cancerous?

Unfortunately, you won’t be able to self-diagnose, because you’re not an expert. This is where your dermatologist plays a vital role because they have the expertise to differentiate between similar-looking lesions and make a proper diagnosis.

Could my mole check off some parts of the “ABCDE” checklist and not be suspicious?

There are exceptions to every rule, but if you have moles that meet any of the “ABCDE” criteria, it’s best to have them looked at by a licensed dermatologist.