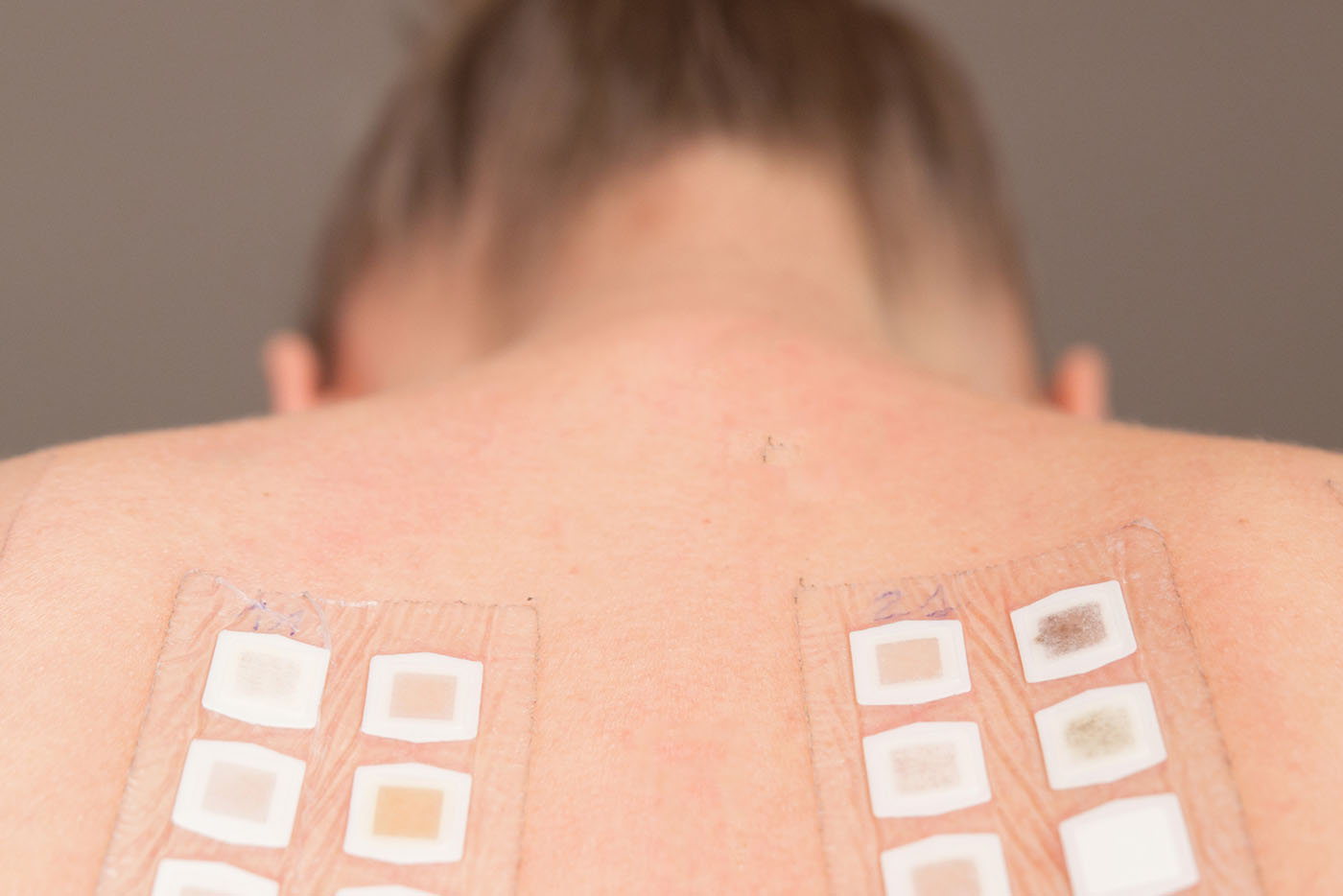 After a severe rash began appearing on her arms, face, and torso, Jenn* was diagnosed with exposure to poison ivy and poison oak. Despite claiming she had none of these plants around her home, the 46-year-old woman had recurring episodes of dermatitis.

Another woman, Lori,* was suffering from a rash around her mouth and could not figure out why she contracted it. Thinking it might be her skin care products, she spent several hundred dollars trying new ones to no avail — the rash wouldn’t go away.

Each of the women’s doctors prescribed medications like prednisone and doxycycline to alleviate the symptoms, but the rashes kept coming back

That’s when Jenn and Lori came to see me at Epiphany Dermatology.

Contact dermatitis is a common condition that can result from a single exposure or after repeated exposures over time to the offending substance. When your immune system responds, it results in redness; swelling, blistering, or oozing; burning or stinging; flaking or scaling; or just plain itchiness. Pinpointing the culprit can be difficult because the rash may appear hours or even several days after exposure.

It’s a common condition: One in five people will experience contact dermatitis at some point.

A lifestyle hazard or an occupational one?

Some dermatitis is caused by things we use daily, like cosmetics and shampoos. Other cases are caused by contact with chemical irritants or allergens used on the job, like cleaners, surgical soaps, and hair dyes.

A top cause of allergic contact dermatitis is poison ivy, but others may include:

Irritant contact dermatitis can often be associated with occupations with frequent exposure to water or irritating substances, like hairstylists, healthcare providers, and mechanics. Sources of occupational irritants or allergens may include:

How can you identify a potential allergen?

Both Jenn’s and Lori’s allergens were identified through patch testing. Using this simple, effective diagnostic tool, I discovered Jenn had an allergy to bushes in her backyard called Grevillea ‘Robyn Gordon’ — a plant native to Australia (now increasingly planted in the US) that mimics dermatitis caused by North American poison ivy. Once Jenn had the plants removed, her rash resolved and did not recur.

In Lori’s case, patch testing revealed she was allergic to fragrances in her skin care products. Once the allergen was identified, I gave Lori a list of “safe” cosmetic products that didn’t contain the culprit and she also improved.

So, what is patch testing, and how does it work?

Patch testing can be done on children or adults. It involves applying a purified allergen to a person’s skin to see if it causes an allergic reaction. Typically, hundreds of small stickers are placed on the patient’s back. After 48 hours, the stickers are removed, and the skin is inspected again two days after removal. The stickers must stay dry until they’re removed and analyzed. So, that means no showering or exercising for two days.

At Epiphany, I often perform a general patch test called the North American Comprehensive Series first. The test contains the most common allergens to which people react. More specific tests based on a person’s lifestyle or occupation can also be performed. For example, I’d test an auto mechanic much differently than a hairdresser or a landscaper.

A positive reaction will produce a patch of dermatitis at the application site of the offending allergen, which will appear as a red and raised or blistering area.

At Epiphany, I typically do consultations and placements on the same day. And then I read the results on a return date.

What happens after patch testing?

After patch testing, I conduct extensive counseling in our clinic to teach my patients about allergens and all the places they can be found.

I review the products patients use to determine if they’re safe and provide them with a personalized shopping list of recommended products.

It’s surprising to know there’s no FDA minimum standard for labeling of over-the-counter cosmetics like shampoos, body wash, and body lotions. Manufacturers can say these products are dermatologist-approved, hypoallergenic, fragrance-free, or for sensitive skin, based on their own definition of what that means.

At Epiphany, our patients don’t have to be referred by a dermatologist for patch testing. I’ll consult with anyone to determine if they have the kind of inflammation that would benefit from patch testing. The cost of patch testing varies but is usually covered at least in part by insurance.

Dr. Carina Woodruff is the director of the Epiphany Skin Allergy Institute in Dallas, Texas, and a board-certified dermatologist who cares for patients with a wide variety of skin conditions. She has a special interest in contact and occupational dermatitis and specializes in patch testing, a technique used to identify chemicals that can cause rashes on the skin. Learn more about Dr. Woodruff.

*Patients’ actual names were withheld to protect their privacy.