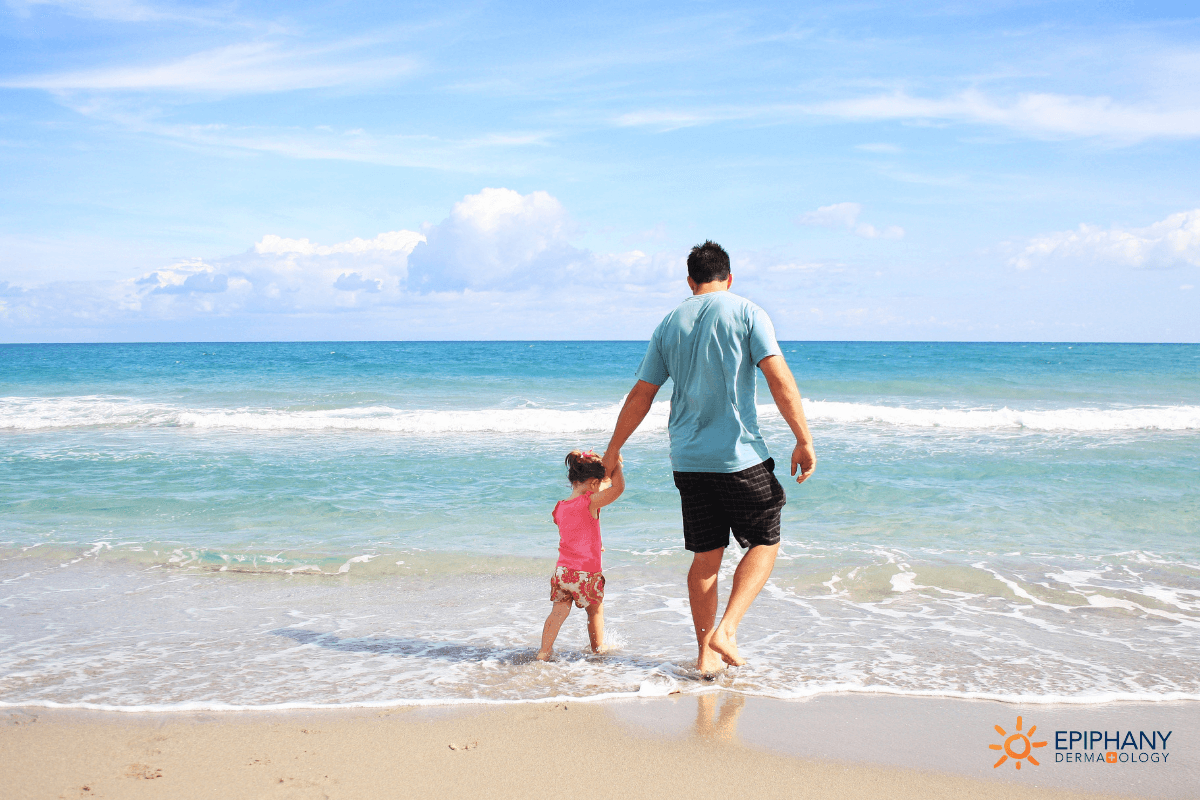 What do you think of when you hear about melanoma?

For most people, assumptions about melanoma are bleak, to say the least. As the third most common skin cancer, melanoma can be scary for the layperson because of the grim prognosis it often carries. Melanoma accounts for about 1% of all skin cancers but causes the majority of skin cancer deaths. And the rates of melanoma are rising. Depending on ethnicity, the lifetime risk of getting melanoma is as high as 1 in 38. It’s a scary thing.

But, if melanoma is detected early, it’s extremely treatable.

The challenge is for dermatologists to catch melanoma early enough for it to be surgically removed and cured.

However, if melanoma stays on the skin, it eventually learns how to invade the skin. The prognosis of melanoma is directly related to the depth of invasion. The deeper the melanoma travels, the lower the chance of survival.

As melanoma specialists, we’re always trying to detect melanoma at the earliest stage possible when it’s most curable. We’re also working to learn more about this disease and find new ways of curing it.

If you’re facing a melanoma diagnosis, here’s what you need to know.

Why Melanoma Is So Dangerous

Melanoma is the most dangerous of skin cancers. In the United States, the vast majority of melanoma is being detected “in situ” (meaning non-invasive) or less than a millimeter in penetration. In situ melanomas and very thin melanomas have a good prognosis. However, melanoma can metastasize in three ways:

Melanoma’s ability to spread through the blood distinguishes it from basal and squamous cell carcinoma.

Squamous cell extends locally but can eventually spread to the lymph nodes.

As soon as melanoma breaks through the epidermal/dermal junction, it can spread at any time in these three ways. And once it spreads, it’s difficult to cure.

The causes of melanoma are not as clear as basal and squamous cell carcinoma. There’s a clear component of UV-induced damage that drives genetic changes towards melanoma. Exposure to the sun always increases the potential for developing melanoma. However, melanoma can also arise in areas that are completely sun-protected due to a genetic predisposition.

Most melanoma occurs in places where pigment cells are generated. The vast majority of melanoma appears in the skin and mucous membranes. However, some melanomas can be found primarily in the lymph nodes (nodal melanomas).

How to Tell If a Mole Is Cancerous

Melanoma most commonly appears as a changing mole — one that’s growing larger and darker. Dermatologists may first notice it as a flat brown spot.

Melanoma can be tricky, though. Melanotic melanoma is melanoma without any color. These can be difficult to identify accurately even for melanoma specialists as they first appear as nondescript pink bumps. Other cases of melanoma on the skin can look more like a scar than a concerning lesion. However, the traditional melanoma lesion will be a changing mole.

The basics of how to tell if a mole is cancerous starts with the ABCDEs of Skin Cancer.

And for melanoma, add “F” for family history. Melanoma is largely affected by genetics. If you have a family history of melanoma, be especially aware of any suspicious spots.

What to Do If You Think You Have Melanoma

If you suspect melanoma, don’t try to diagnose it yourself. Go see your dermatologist — they’re the melanoma specialists.

Your prognosis depends on early detection — the sooner your doctor can either confirm or deny your suspicions, the better. Skin cancer won’t go away on its own — it always requires treatment.

And if you worry that you’re overreacting, don’t. A dermatologist never minds telling you, “No, that spot isn’t cancer.” In fact, that’s common.

If you’re being evaluated for melanoma, we look at all the moles on the body. Many times the spot a patient thinks is a mole turns out to be a completely different thing — often seborrheic keratosis. In these cases, we reassure patients that their mole changes are within normal limits or that it’s not a mole but a mole simulate.

How We Treat Melanoma

If we suspect a lesion is a melanoma, most melanoma specialists numb the area locally and do a deep shave biopsy. Once melanoma is found on biopsy, we determine the best treatment for the patient based on these characteristics: subtype, depth of invasion, and the presence or absence of ulceration.

Surgery is usually our first preference. If possible, we’ll remove the spot completely.

In other cases, there’s a need for a sentinel lymph node biopsy. This technique samples the lymph node in the drainage pattern of the primary lesion. If it’s positive, it opens the possibility for a completion lymphadenectomy.

The patient also may be eligible for adjuvant therapy after their primary treatment. There has been an explosion of adjuvant chemotherapies that have been approved over the past few years for advanced melanomas and that help prevent reoccurrence.

How to Prevent Melanoma

Preventing sun damage is the number one way to prevent melanoma from developing. Wear sunscreen every day and wear protective clothing during extended time in the sun. If you have children, start helping them develop effective sun protection habits early so they prevent the damage before it ever takes place.

But melanoma doesn’t thrive on the sun alone. It also has a strong genetic component. For people with a family history of melanoma, there are now genetic tests available. You can be screened for known genetic defects that predispose you to the development of melanoma. If these are found, you and your doctor can be on high alert for early detection of these spots.

If you’re concerned about a spot, or just due for your annual skin exam, make an appointment to visit your dermatologist today. The key to treating any skin cancer, or really most skin conditions, is early detection. Delaying an exam won’t make it go away. Instead, seek advice from a skin and melanoma specialist to get the best treatment for your skin.

Dr. Adrian Guevara is a board-certified dermatologist in El Paso, TX. As a Fellow of the American Academy of Dermatology and the American Society for Mohs Surgery, Dr. Guevara has served the extended El Paso and Las Cruces region since 2006. In his spare time, Dr. Guevara enjoys spending time with his family and playing tennis.