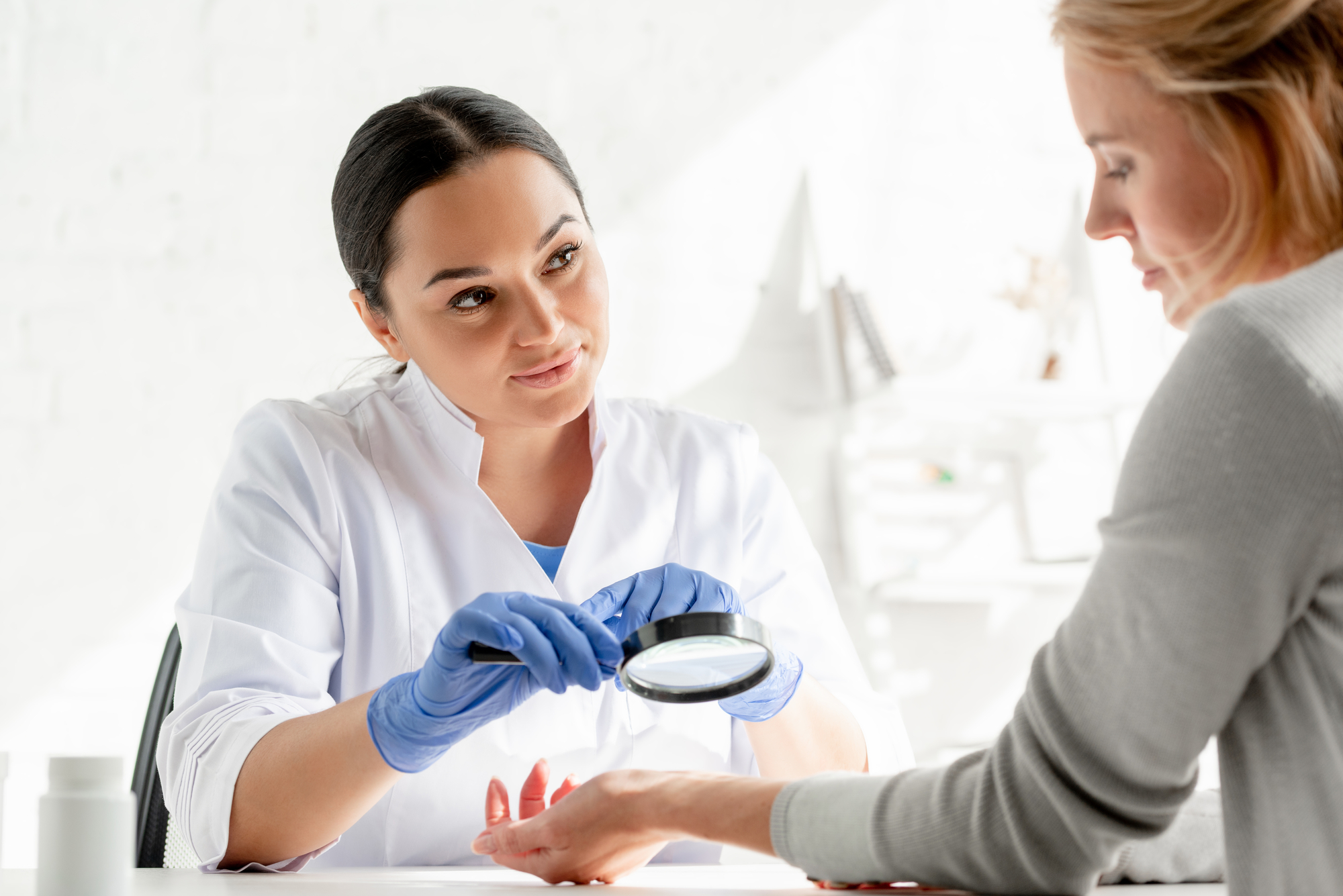 What Is Pyoderma Gangrenosum?

Pyoderma gangrenosum (PG) is a rare ulcerating skin disease, difficult to recognize for both patients and doctors. When it’s misdiagnosed and mistreated, it can be even more mentally and physically devastating.

Ulcers form for a variety of reasons. They come from infections, diabetes, vasculitis, and many other triggers. But when they don’t respond and perhaps worsen with therapy, patients and doctors often explore other potential causes — such as pyoderma gangrenosum.

What Are the Symptoms of Pyoderma Gangrenosum?

The most common type of PG is Ulcerated PG. In these cases, a small pustule (or pus bump) appears on the lower leg (and can be on other sites). Within a few days, this puss bump becomes very painful and begins to rapidly ulcerate. It will appear to have a purple border that overhangs the ulceration. We call this the “violatious undermined border” or “overhanging border.”

There are other cases of PG that appear around surgical sites — postoperative pyoderma gangrenosum. This specifically commonly happens after breast surgery, stoma surgeries, and types of incisional surgeries or trauma..

We are still learning much about the causes of pyoderma gangrenosum and its systemic associations. About 50% of ulcerated PG cases are associated with systemic disorders, such as:

Pyoderma gangrenosum treatment is extremely different from treating the illnesses it mimics. Typically, treating PG requires a high-dose systemic corticosteroid or immunomodulating medications such as cyclosporine or the biologics instead of debridement, which makes the issue worse.

Once a PG diagnosis is confirmed, with a combination of histopathology from a biopsy and the clinical signs recognized by the clinician, patients often begin a combination of topical and systemic therapies. Most patients need systemic immunosuppressant therapy (such as prednisone) to induce remission. Antibiotics such as tetracyclines may also be used in conjunction for their anti-inflammatory effects.

Why did I get PG? What is it associated with?

Associations, causes, and triggers are not completely clear for all pyoderma gangrenosum diagnoses, but we do see trends in associations. Symptoms of non-postoperative PG (not following a surgery) may have a sudden onset, but they’re often linked with other disorders. In fact, 50-70% of non-postoperative PG cases are associated with another inflammatory disease. This includes conditions such as inflammatory bowel disease, rheumatoid arthritis, or a hematologic malignancies such as blood cancer.

Lesson commonly, we see connective tissue diseases (such as lupus) or infections trigger pyoderma gangrenosum. Although we can’t specify exactly how these conditions connect to PG, we know they spur an increase in inflammation, specifically the in acute inflammatory cells.

When patients first receive a pyoderma gangrenosum diagnosis for an ulcer, we treat it rather aggressively. We use steroids and immunosuppressants to calm the inflammation and stop the growth of the ulcer. Over time, we should start to see the ulcer transition from an elevated, purple and red lesion to a flat, crusted non-healing wound. When the ulcer heals to this stage, it needs to be treated with wound care rather than immunosuppressants.

Both patients and doctors need to be alert to this change. Patients with pyoderma gangrenosum are often treated with immunosuppressants for years, but once the ulcer has diminished to a non-PG state, research shows immunosuppressants actually begin to work against their healing.

Longterm immunosuppressant treatment also increases the likelihood for common inflections progress into a more serious condition. For instance, scabies may develop into Norwegian or crusted scabies and lead to detrimental effects.

Beyond controlling infections, the immune system works to control unhealthy cell growth. A healthy immune system acts as a checkpoint for cancer. Without the ability to prevent these growths, cancer is more likely to develop.

Immunosuppression is the appropriate treatment for pyoderma gangrenosum, but prolonged immunosuppression may lead to other infections and malignancies. If your PG ulcer has calmed significantly, discuss tapering or stopping your immunosuppressant therapy with your doctor.

What do new appearances of PG indicate?

If you have previously been diagnosed and treated for PG, but start to notice a resurgence of these ulcerations, look for other associated disorders, particularly cancer. If a cancer was associated with your PG diagnosis but went into remission after treatment, the return of the PG may indicate the cancer is also coming back.

In one specific case, a squamous cell carcinoma of the lung was diagnosed at the same time as PG. The tumor was removed and the patient went through chemotherapy. Years later, the PG came back. The lung cancer recurred at the same time.

Don’t dismiss these types of links. If PG was associated with a disorder that disappeared as the PG healed, a return of pyoderma gangrenosum may indicate a resurgence of the disorder as well.

What if my PG isn’t responding to therapy?

Many other disorders mimic the symptoms of pyoderma gangrenosum. If your non-healing ulcer is not responding to therapy for PG, it could be misdiagnosed.

Many patients referred to a PG specialist for a non-healing ulcer actually have another condition.  Pyoderma gangrenosum is typically indicated by significant pain and a purple over-hanging border. If these signs are not present, the practitioner should consider another diagnosis, especially if it is not responding to immunosuppressive therapy.